The Quiet Storm Of An Unfit Workforce

Tuddl CXO, Chris Preston, shares this thoughts on a creeping issue building in our workforces, and one which people are reluctant to tackle.

One of the side outputs of Tuddl is metadata. I know, for many, this will be a less than scintillating revelation. But for us data geeks, it’s epic. We can see a global picture of wellbeing across the six areas that the system measures. It’s like a weather forecast for the health and productivity of the professional world. And it’s predicting a storm.

Consistently, we are seeing one wellbeing metric score around 10 to 15 percent lower than the others, sometimes far, far lower. When I raise this with people, and ask them to guess which one, they invariably get it wrong, and it takes them three to four guesses to identify it.

See if you can spot it – we measure: Focus, Motivation, Physiological, Personal Growth, Inclusion and Emotional… got it?

It’s Physiological – consistently the lowest score for the vast majority of teams on Tuddl. And it’s a ‘storm’ because it’s not recognised or being talked about in organisations. And we aren’t being tough on our users – far from it. The questions we ask are simple ones, along the lines of ‘are you drinking enough water’ or ‘did you get enough sleep’ or ‘have you got some simple exercise planned today’. They all sound easy, right? Yet people are, over and over again, saying ‘no, I’m not’.

The stats are worrying – 28 percent of the UK population is classed as obese – which is associated with more than 200 health complications. By an unhappy coincidence, the same is true of mental illness – one in four people will suffer from it.

Why isn’t talking about physiological health a bigger thing in the professional world? My hunch is that it is still seen as a taboo subject to proactively approach people on. Yes, lots of offices have fruit stations in them, offer gym memberships, have health check-ups available – but it’s all on a call-off basis. Putting it another way, when have you ever said to anyone ‘Oh, your fitness has dropped.’ And yet, if someone seems down emotionally, we will swing into action and actively support them.

Mental health in organisations has become a highly visible, proactive approach that, in many cases, provides a slew of support mechanisms – Mental Health First Aiders, Help Lines, Counselling, Employee Assistance Programmes. And when we see the signs of someone struggling, there’s no question about us acting. It’s seen as our duty. Companies don’t want mentally ill people working for them, for many reasons (altruistic and commercial) and we quickly empathise with people struggling and give help.

But not physiological. We will watch someone drink eight cups of strong coffee a day, or fail to move from their chair for eight hours, and not say a word – nor is it likely the person in question will reach out, demonstrate vulnerability, and ask for help. Said like this, it just seems plain wrong. But, and I’ve seen this, when organisations try to be more proactive and drive healthier working, many people push back with a firm ‘leave me alone’. And that’s where we are at – an exhausted, unfit workforce that doesn’t want help. OK, that’s a sweeping statement, but the stats don’t lie. And, right now, the situation we are living in doesn’t lend itself to good health.

When people are having to make tough budget choices between electricity and food or transport or toilet paper they are not likely to start buying gym memberships, expensive fresh food or get a worry-free night’s sleep. And so it goes. Creeping up on the population as we nip and tuck our lives to cope with difficult circumstances. Eventually, organisations will feel the discomfort of this in ways that are unavoidable, as performance and motivation dip (we measure those, so will let you know) as a consequence.

Recently, we’ve mentioned our findings to four different executives, who have all, after a pause for thought, nodded in agreement. One said “I’m not surprised.  Neither I, not my colleagues are looking after ourselves and, although we all know it, we’re not taking action.  It’s even worse in some of our teams.”  It’s a ticking time bomb for society, our healthcare system let along business performance.  Sadly, it’s not a fire alarm sounding in offices across the country, so action isn’t swift.

Action isn’t that difficult, or indeed expensive. Organisations that see the biggest success are the ones that support teams to co-own the challenge. My team regularly shares their exercise plans (mine is pitiful, but present) and often virtually buddy up to give each other encouragement – more than once, a gym trip has been reinstated because of this. People need it to be a common thread, something that is drip-fed through the day: walking meetings (yes, we are huge advocates and make no apology for talking about them constantly – they make a massive difference, sleep buddies, simple exercise challenges, cooking tips (these are always popular), shared hydration monitoring. None of it is hard.

Putting physical wellbeing first in tough times is not easy, and rarely the first choice. But as organisations, we can help to move it back into the ‘visible’ and give teams ideas and support to build better habits. It’s in everyone’s interest.

Need help empowering your teams? Connect with one of our Tuddl team members to schedule a demo or start your journey to a winning culture with a 30-day free trial.

Image by wayhomestudio on Freepik 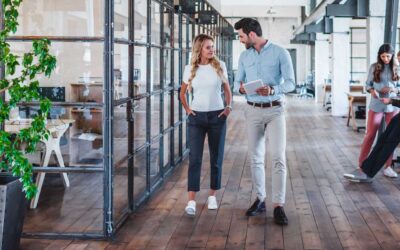 How To Accelerate Digital Adoption In Hybrid Teams 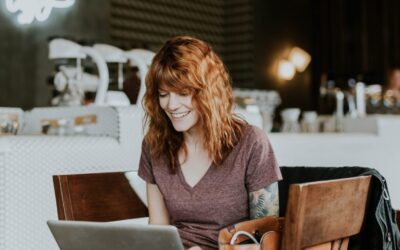 Flexible Working For Employees: How Are We Going to Manage? 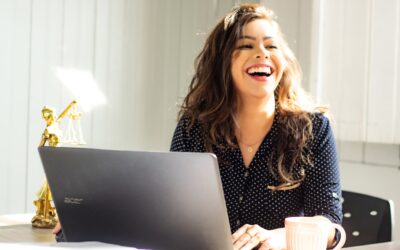 How To Maintain Culture and Purpose In Hybrid Working

As more organisations embrace the new world of...